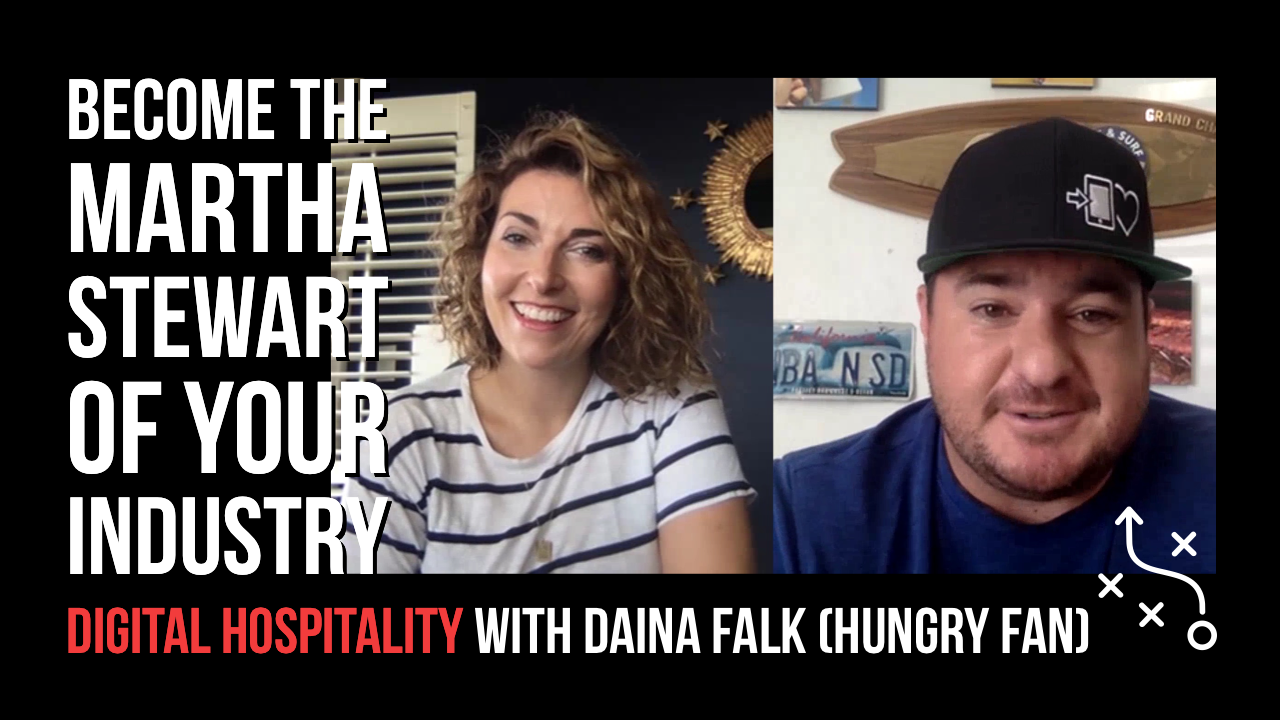 Martha Stewart and Michael Jordan. You won’t find two individuals with stronger brands than them, but you’ll only find one individual pulling inspiration from them in equal parts. 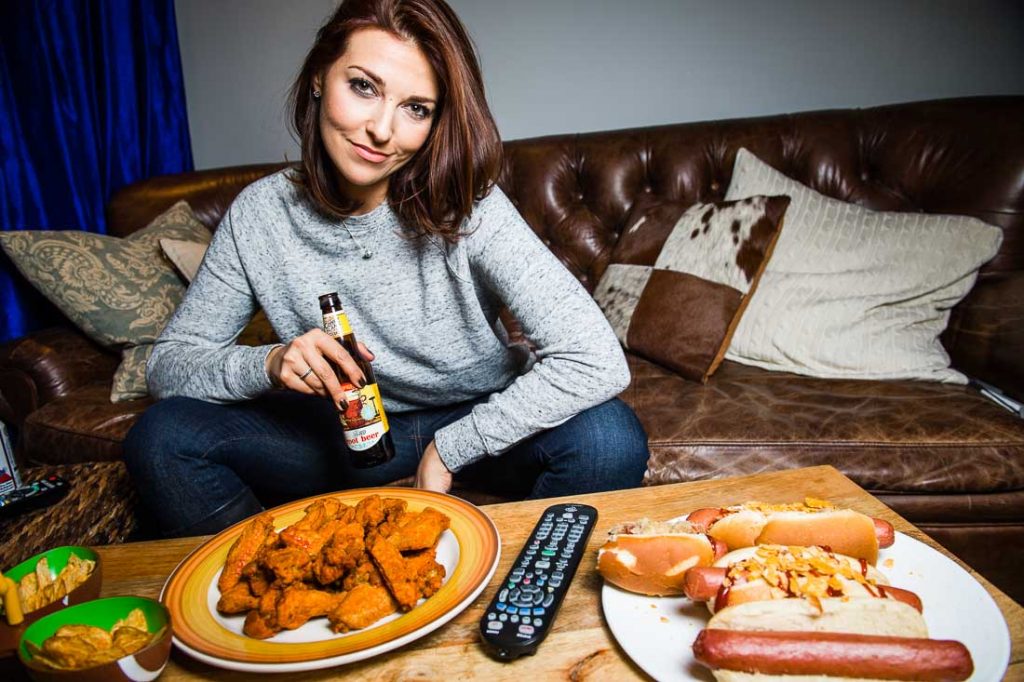 As an entrepreneur with a bestselling cookbook and many more accolades to her name, Daina Falk found motivation as a young adult from the legendary kitchen savant who made everyone believe they could cook.

That lifestyle is tailgating. 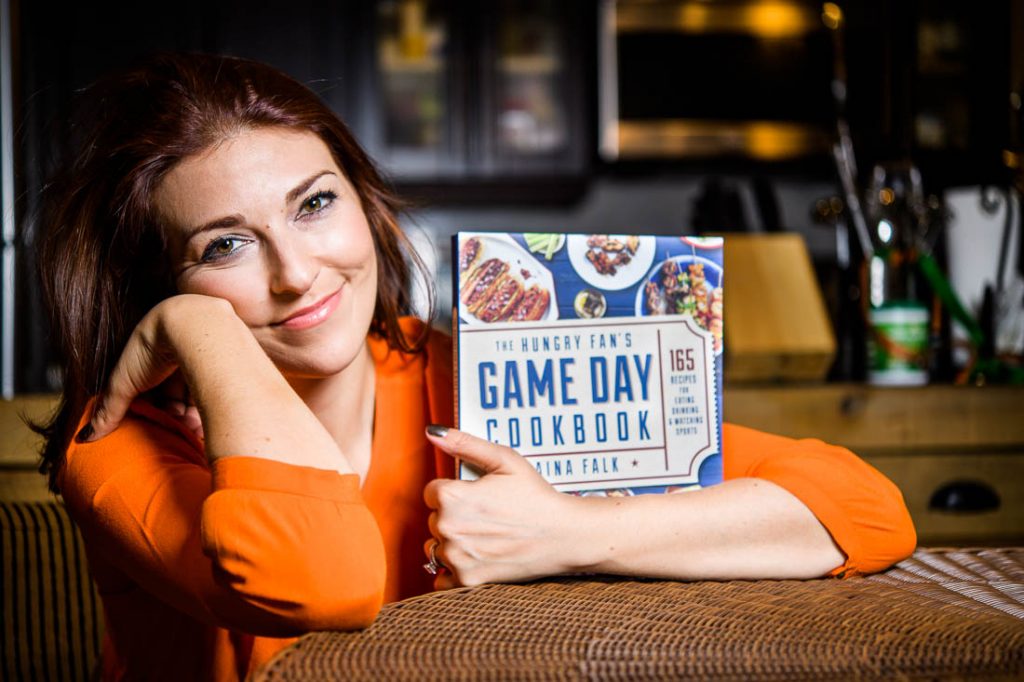 And based on Daina’s background, she couldn’t be more rooted – no pun intended.

Since she was in her mother’s womb, Daina was attending the greatest sporting spectacles across the world, from traveling with the Dream Team to Italy as an embryo to attending the North Carolina vs Duke rivalry as a kiddo.

Just how? Well, that’s where Michael Jordan comes in.

“My dad is a sports agent,” starts Daina, “and pretty famous.”

Pretty famous is an understatement. 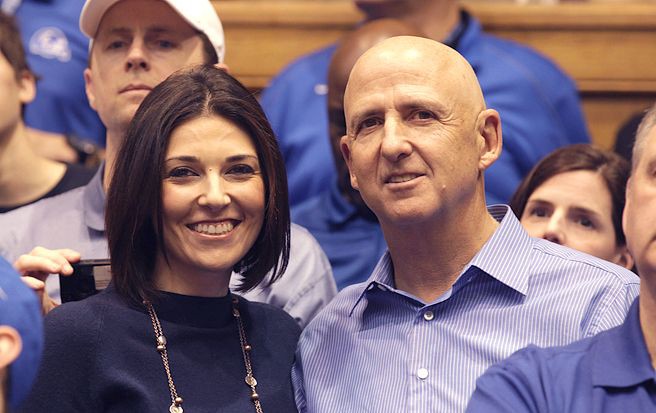 Daina’s father is David Falk. For those unfamiliar, Falk is the reason Michael Jordan is Air Jordan. Signing MJ when he was just a kid from Carolina, David pitched Michael and Nike on the idea of marketing a basketball player as the face of a sportswear brand. This was radical as such endorsements were only done in tennis.

Turns out David was onto something as Michael Jordan became a global icon and revolutionized an entire industry.

Also working with the likes of Patrick Ewing and countless pros, David’s career took Daina to the greatest events in all of sports. While her pop’s clients impressed on court, Daina’s passion and interest laid right outside the arena.

“I just fell in love with fans and tailgates,” Daina Falk told Shawn Walchef on the Digital Hospitality podcast.

With a passion for fans, food and the game outside of the game, Daina had found her calling.

Daina’s mission was clear: empower fans worldwide in the tailgating space through content the same way Martha Stewart had in the kitchen. 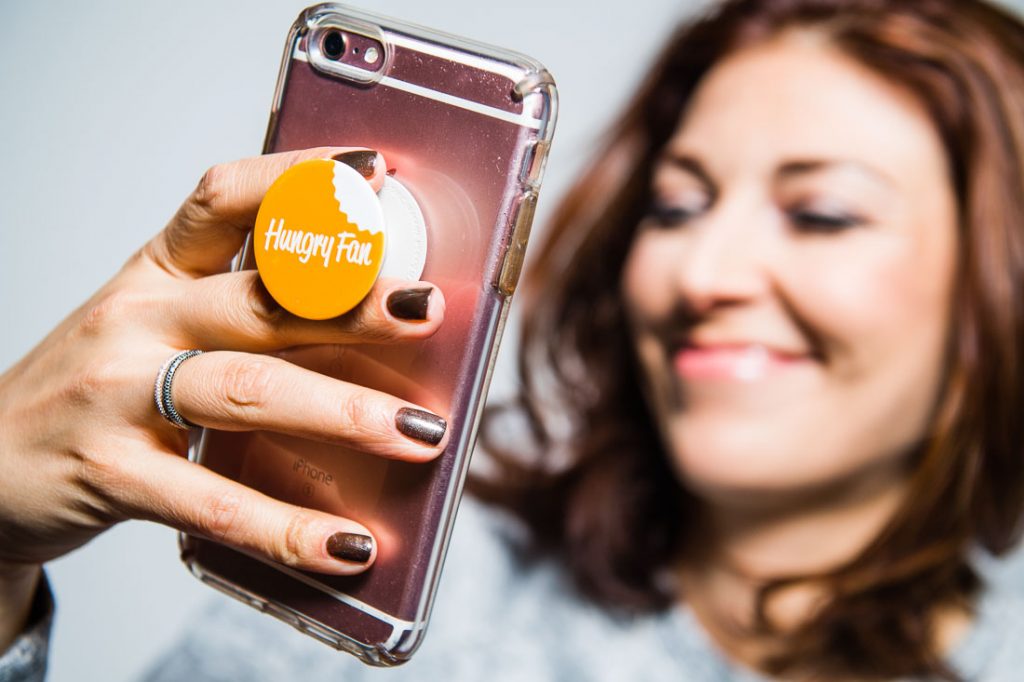 Early on Daina learned that desire is great, but data is better.

“The number one thing that you need to be able to do is to define whether or not there is a market that will buy your product or buy your service,” says Daina. “You might have the best idea in the world, but if there’s no market for it, it doesn’t matter. You have to be able to establish that that there is a value in a supply and demand curve that applies to whatever it is that you’re looking to do.”

After doing some digging, Daina found that data defined her idea and proved there was a market.

“80% of America tailgates during non-COVID years,” says Daina on the huge customer base. “And they spend $35 Billion on just food and drink products alone.”

Knowing just how many tailgaters there are and how invested they are in their craft, Daina began creating content to educate and empower this massive audience. 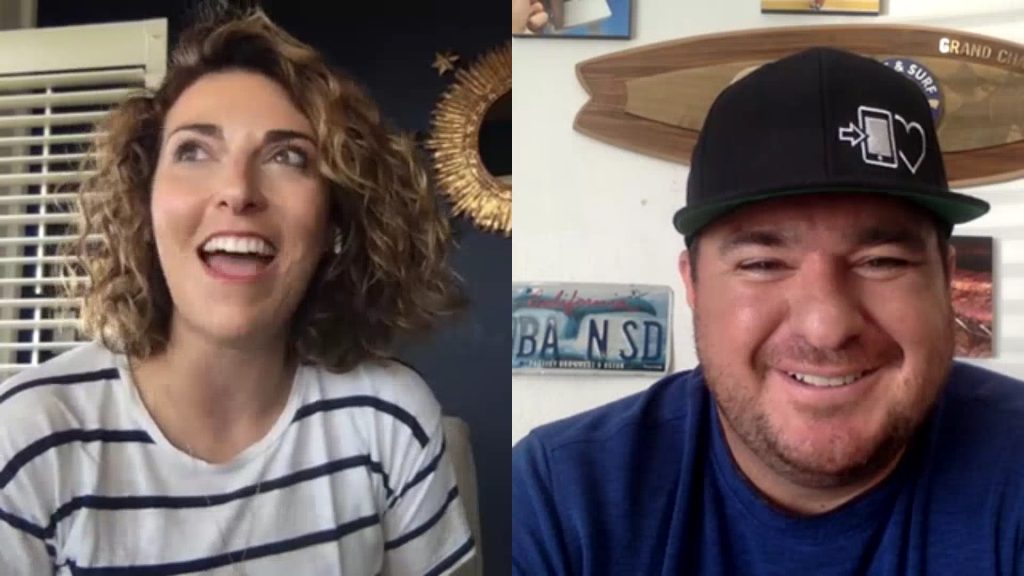 “I started as a solo entrepreneur,” Daina notes. “I brought on a business partner in 2017 and we now have a head of marketing and branding. We now have four writers and a UX person. I actually have a team. I don’t have to do everything by myself anymore, which is amazing.”

No longer just a one-woman writing machine, Daina has been able to grow the content and reach of Hungry Fan with her staff expansion. She’s also realized that like Martha and Mike, having product is what keeps the lights on.

“I never thought that I’d be selling grill tongs,” shares Daina on Hungry Fan’s expansion into tailgating goods. “But I love that we are. I never would’ve thought that selling tongs and ice cube trays would be our thing, but you’ve got to pay attention to the data. You’ve got to know your market and your consumers.” 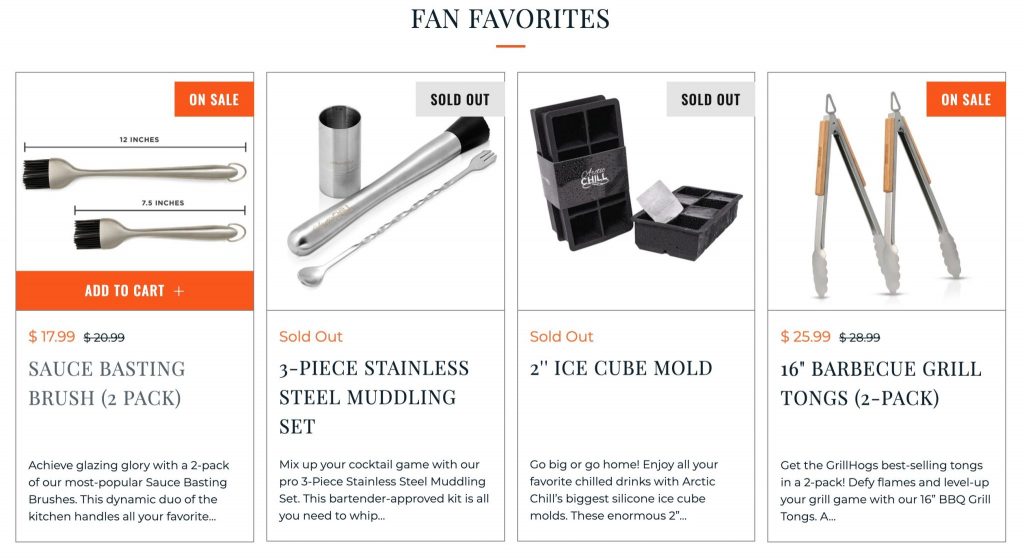 With the current state of the world, Daina is continuing to evolve as her market and her consumer may not be tailgating from the parking lot this fall.

In 2020, we’ve all been affected in some fashion by Coronavirus. As sports attempt to return for a sense of entertainment and normalcy, it’s all but certain that fans won’t be in the stands or even the parking lot anytime soon.

Thankfully for Daina, paying attention to the data already had her positioned for a pivot.

“Even before COVID, there was a trend that consumers were flocking to the homegating space,” Daina tells us. “35% of all tailgaters never leave the parking lot because they just hang out there. You pay your $20 for your parking space and it’s a lot more affordable than paying $3500 for four seats in the nosebleeds. And you can’t even see the ball!” 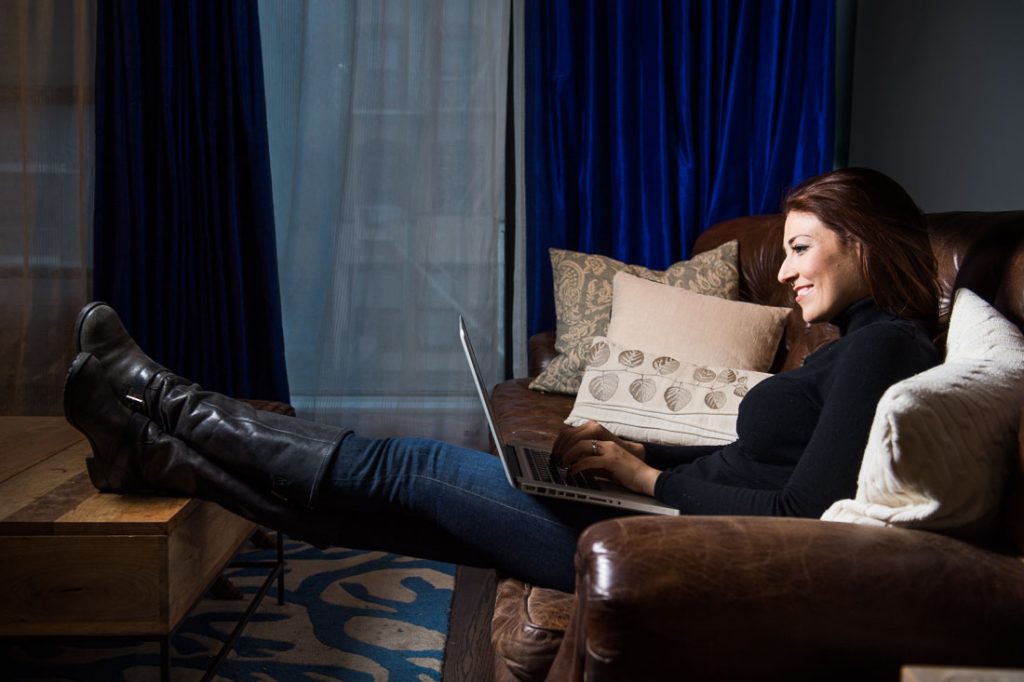 This financial and visual realization has many fans watching the games from not just from the parking lots but also from their homes. While tailgating was once relegated to outside the arena, fans are bringing that same flavor to their living room on gameday.

Daina and her team at Hungry Fan have been well aware of this and are ready to deliver the same content and products to the faithful supporters watching games at home.

“The watching experience at home is great,” Daina states. “You’ve got your kitchen, you’ve got your stove, you got your fridge. You don’t have to worry about bringing the cooler. It’s all right there. And if you’re a girl, you have a clean restroom and you’re very happy with that.”

Modern amenities and the COVID-19 pandemic will certainly push more fans to bring the tailgate experience home. Always keen on analytics, Daina was quick to notice this was coming long before the Coronavirus was an issue.

“There’s actually a Google survey that found that 58% of people don’t want a home game because they find it really hard to know what to do,” Daina shares on tailgating logistics. “So, all of these products, all of our content, all of our recipes, all of the things that we do here at Hungry Fan, we’re just trying to solve that problem for people.”

As the world stands still and waits for a vaccine and news regarding restarts for sports, Daina is still digging into the data and finding out more about her market.

“We do a lot of surveys,” says Daina on Hungry Fan’s in-house research. “We survey our newsletter list frequently and offer prizes we know they want to incentivize.”

Sign up for the Hungry Fan newsletter at https://www.hungryfan.com/newsletter/

Data and prizes aside, it’s all about deeply knowing her audience and delivering the best content and product to improve their gameday experience. 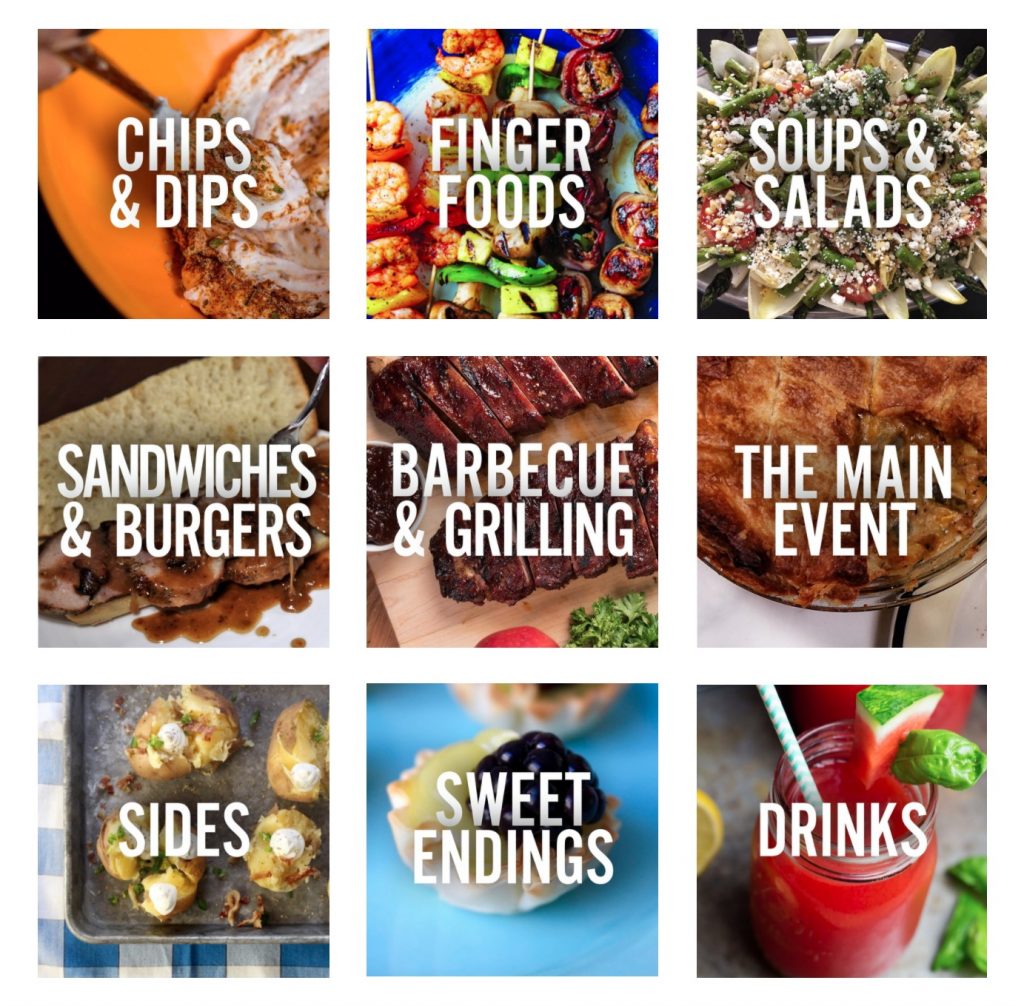 Making every member of the Hungry Fan’s family the MVP of their gameday is Daina’s mission. While connections in her own family have helped inspire and open doors for Daina, the grind is still very real.

“Being a female in this business has not been helpful pretty much ever,” Daina shares. “You only have 24 hours in the day. And honestly, I worked all of them. I worked so hard that I worked myself into the hospital. I was very ill for nine months because I burnt the candle so hard on both ends.”

As a woman, Daina is still carrying the torch for other female entrepreneurs and content creators in her space and in the world. Now with a deeper team at Hungry Fan, she’s able to continue to grow the business while still maintaining her health.

An expanded team and new funding forecast a bright future for Daina and Hungry Fan. Add in an app, work on her website and possible TV content down the road, Hungry Fan is carving an even deeper lane in the tailgating and homegating spaces.

“If you’re home or in the parking lot and you don’t know what to do, don’t worry, we know and that’s what we’re here for,” Daina says.

As the world awaits the return of sports, Daina and her team at Hungry Fan are still working away on content creation, survey research and new products. Because of this, all the Hungry Fan faithful will be prepared to host, cook and claim MVP of their homegate or tailgate once sports are back.

Needless to say, Martha and Michael would be proud.

Hungry Fan is a product and lifestyle brand that helps fans nationwide be their game day MVP with weekly emails showcasing their best recipes, reviews, and products.

Sign up for the Hungry Fan newsletter at https://www.hungryfan.com/newsletter/

As the founder and face of Hungry Fan, Daina Falk can often be seen hosting events, TV shows and segments or promoting her cookbook. She has appeared on shows such as Late Night with Seth Meyers and The Today Show; and she hosted Toughest Tailgate, which highlight NFL tailgating traditions, on CBS Sports. She has done celebrity chef appearances for teams such as the New York Giants and Yankees.

And her first cookbook hit bookshelves in August 2016 and was a bestseller on Amazon.com in Tailgate Cooking. Published by Oxmoor House (of Time Inc.), the game day cookbook features Daina’s own Fangating recipes and those she collected from Olympians and professional athletes such as Michael Jordan, LeBron James, Andre Agassi, Boomer Esiason and Robert Griffin III. (Bio from https://www.hungryfan.com/about-our-founder/)