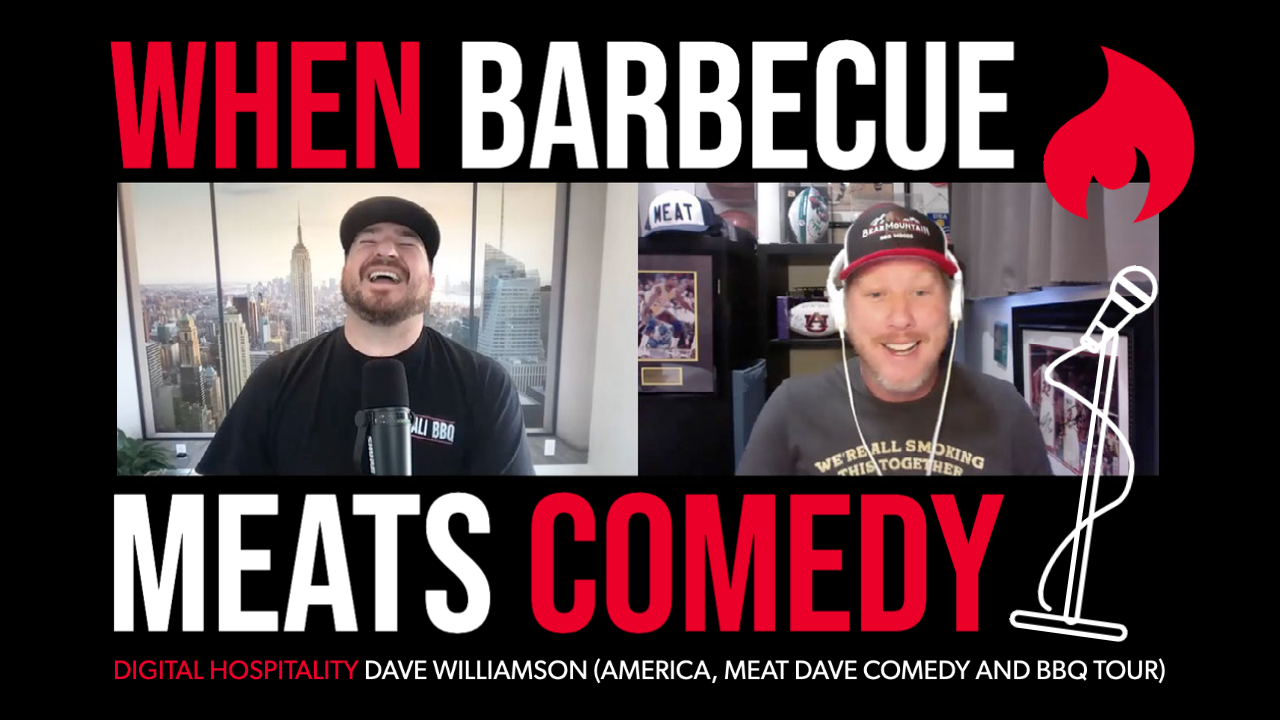 Dave Williamson is a man of many titles.

Both a pitmaster and a podcaster, the personality known for his eclectic Meat Dave podcast is well seasoned when it comes to taking the heat and getting grilled.

That is because our Digital Hospitality podcast guest Dave Williamson is also a traveling standup comedian.

Dave Williamson is performing comedy at BBQ restaurants across the US — including here at Cali BBQ in Spring Valley — for his 2021 America, Meat Dave Comedy + BBQ Tour (Sponsored by Bear Mountain BBQ Woods).

The comedy performances will be a traditional stand-up show followed by an audience Q&A with pitmaster and podcaster Dave Williamson and the host from that venue. You’ll also be able to chow down on some great barbecue.

“I loved making people laugh and making them happy,” reflects Dave Williamson on the Digital Hospitality podcast about his natural pathway to stand up comedy. Follow him on social media for updates @davewcomedy 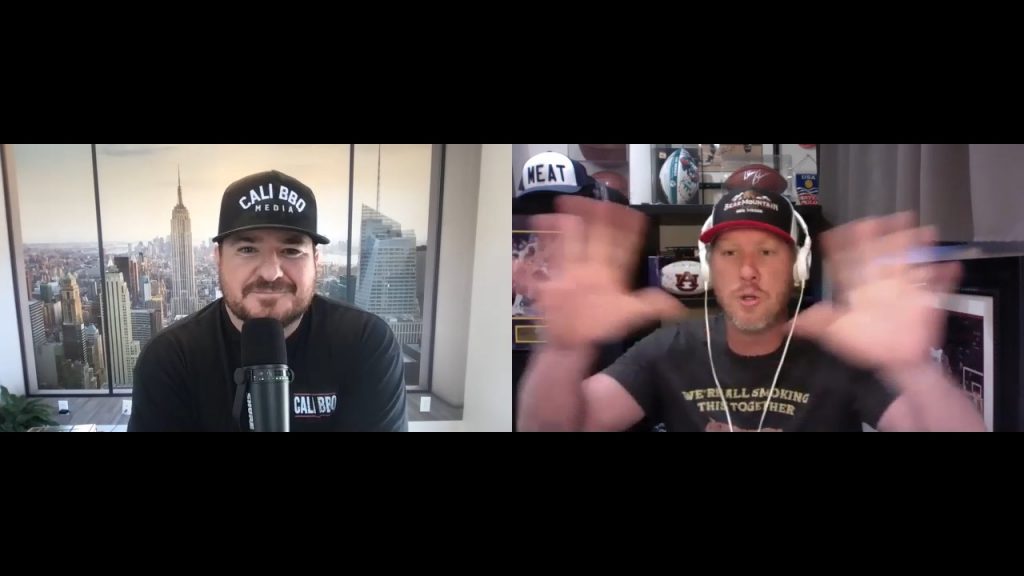 The man of many hats and interests found his passion for performing during his days working as a salesman.

“I have very positive comedy. It’s usually highlighting the absurdity of being a parent, but not bitching about being a parent and that was totally unintentional. It’s just my point of view in life in general.”

Dave’s good attitude and diverse interests have taken him around the country, sampling the best barbecue the world has to offer while entertaining audiences through his one-man storytelling on stage and his podcast conversations in between. 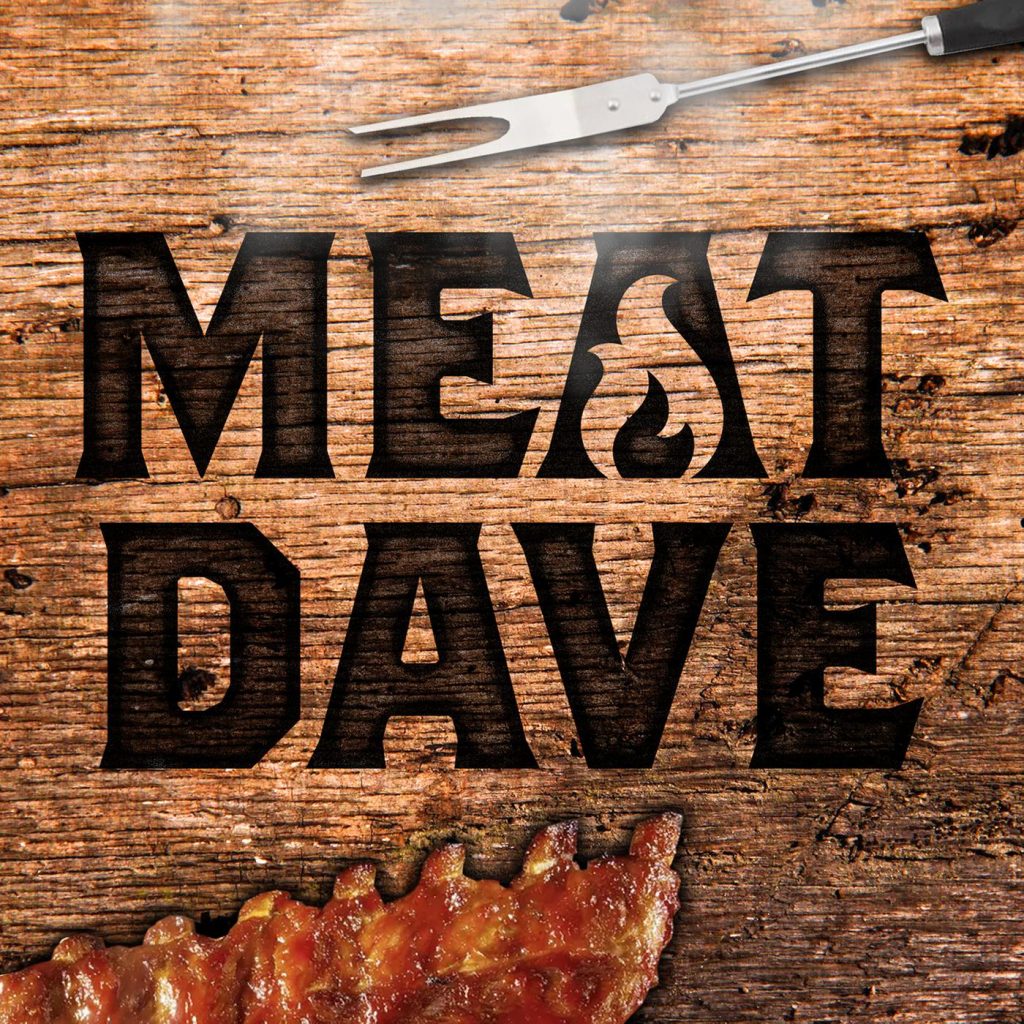 Those conversations on his podcast have ranged from chefs that count Oprah and Barack Obama as clients to the hip-hop pioneers with a passion for the pit. The latter proves Warren G, an OG in the rap game who loves to grill.

“I’m a big fan,” Dave notes on his podcast guest Warren G. So, when I found out he was a big barbecue head, I was like, ‘Oh, me and Warren are going to be best friends!’”

As a comedian, Dave knows all good jokes contain truth. As a podcaster, he knows getting good guests is a balanced recipe of persistence mixed with a touch digital hospitality. 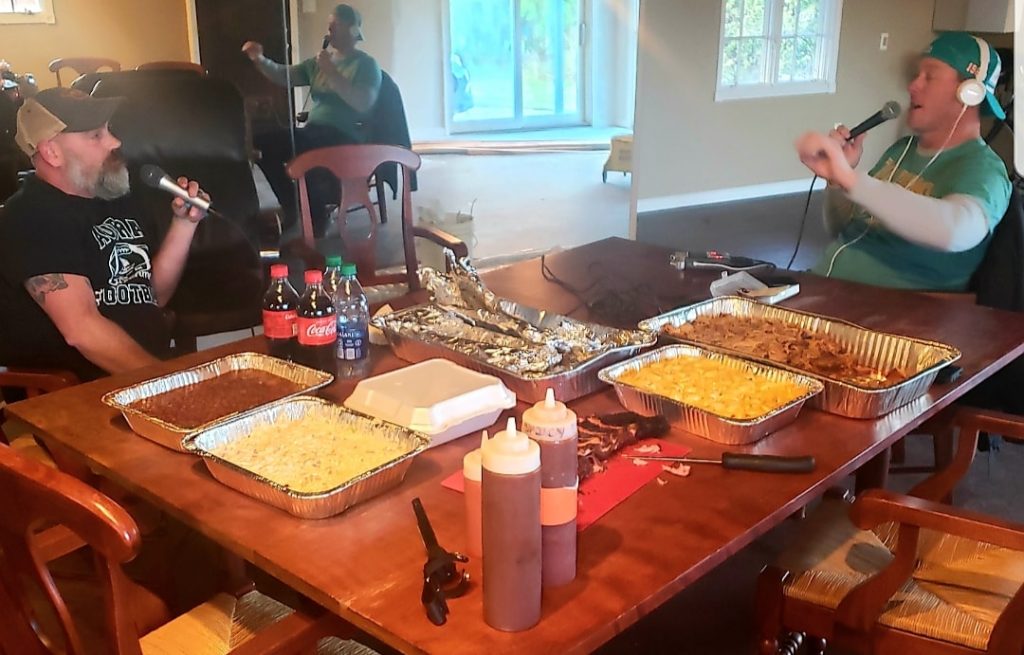 “I sent out some media requests and I couldn’t contact anyone to make it happen,” recalls Dave on his quest to book the G-Funk legend. “I even called in favors to some industry people and couldn’t make it happen. Then I saw him posting on his social media that he was going to have a contest during the pandemic, a barbecue cookoff. So, ‘If I can’t get him to come to me, I’ll go to him.’”

Taking matters into his own hands by keeping up with Warren G on social, Dave entered the LBC rapper’s BBQ contest and as expected they hit it off.

By putting himself in the game and using the social pathways digital media allows, Dave surpassed the PR contacts that weren’t helping and was soon cooking Pork Grenades with the “Regulators” rapper just like that.

The cooking competition not only introduced Dave and Warren G, it provided the platform for great Instagram content as well as an amazing podcast conversation. For a go-getter like Dave, the free-flowing medium that is podcasting proves great for his varied interests and on-stage improv skills.

“Before podcasting, most mediums, even the closest iteration, which is radio shows, were very formal,” Dave notes. “There’s a format, you try to stay within it and there are constraints like time. But with podcasting, you could take so many liberties and the only necessity is that people will enjoy listening to it.”

On the Meat Dave Podcast, conversation surrounding barbecue is always on the table.

However, it’s not required to be the main course.

“I didn’t want to be pigeonholed into it just being pit masters or just being barbecue,” states Dave. “I’ve had a lot of comedians on and we just talk about what kind of meals they had growing up. I’ve had people from Australia and we talk about other countries and we talk about what the meat culture is like in their country and about butcher shop people. The food in the barbecue is maybe what initially connects us, but I think what really makes barbecue special is the community aspect to it. And you can never separate barbecue from community.”

So far, the Meat Dave Podcast has connected the comedian to people from all over the world with a similar love for smoked protein and also other unique curiosities all their own.

While 2020 made life, work and play all the more difficult for everyone, Dave remained positive and optimistic when it came to pivots and his passions. In regard to comedy, he’s done shows at drive-in movie theaters and on Zoom. When it comes to cooking, he even built a barbecue shack at home with his youngest son during the first week of quarantine.

“It’s become a focal point of the neighborhood,” says Dave on his DIY BBQ Shack.

As the world opens back up, more neighbors will be coming by to cook out and hangout. However, Dave might not be home.

Yes, Dave is taking his love for standup, podcasting and meat across the country with a tour that combines each passion. Performing at BBQ joints all over America, Dave will do a standup set, have a live sit-down with each spot’s pit master and capture it all for content.

“It’s such a unique tour that it would be a shame not to document it, smiles Dave. “We have a production studio in our pocket now so even just the Instagram stories are going to be a blast.”

Traveling with friends in the video space and his trusty smartphone, Dave is bringing all of his loves to life and sharing it to the world both in person and digitally. The man of many titles proves to be the literal and figurative definition of a standup guy, sharing his stories, talents and passions in a way that connects a wide range of people.

After climbing the corporate ladder in his family’s South Florida car business, Dave Williamson decided he liked making his customers smile, but LOVED making them laugh. Since then, he has excelled in almost every domestic Comedy Festival, making the finals or Best of The Fest in the World Series of Comedy, Boston Comedy Festival, San Francisco Comedy Competition, Big Sky Comedy Festival, the SLO Comedy Festival, and several others.

Shortly after being named “Best Comedian in Miami” by the Miami New Times, Dave packed up his family in a 25 foot travel trailer. They traveled with him while he performed all over North America, eventually settling in Los Angeles after 18 months of touring. This trip was documented in a series of shorts on Nickelodeon’s NickMom Channel.

Dave tours heavily, both headlining his own shows and as the supporting act for Bert Kreischer. His second album, “Trying My Hardest” was just released by Stand Up! Records and reached #1 in the iTunes Charts for Comedy. Dave’s material is in heavy rotation on many SiriusXM stations.  Dave often talks about family, highlighting stories from his youth to navigating the role of Father & husband himself. He is obsessed with BBQ, and hosts his own podcast called “Meat Dave”. Learn more at https://www.davewilliamsoncome

Visit the Digital Hospitality Blog for our in-depth feature articles and behind-the-scenes looks at our business, our content, and our lives.

Sign up for our email newsletter for regular updates on our lives, business, and media. Subscribe to the Digital Hospitality podcast on your podcast player.