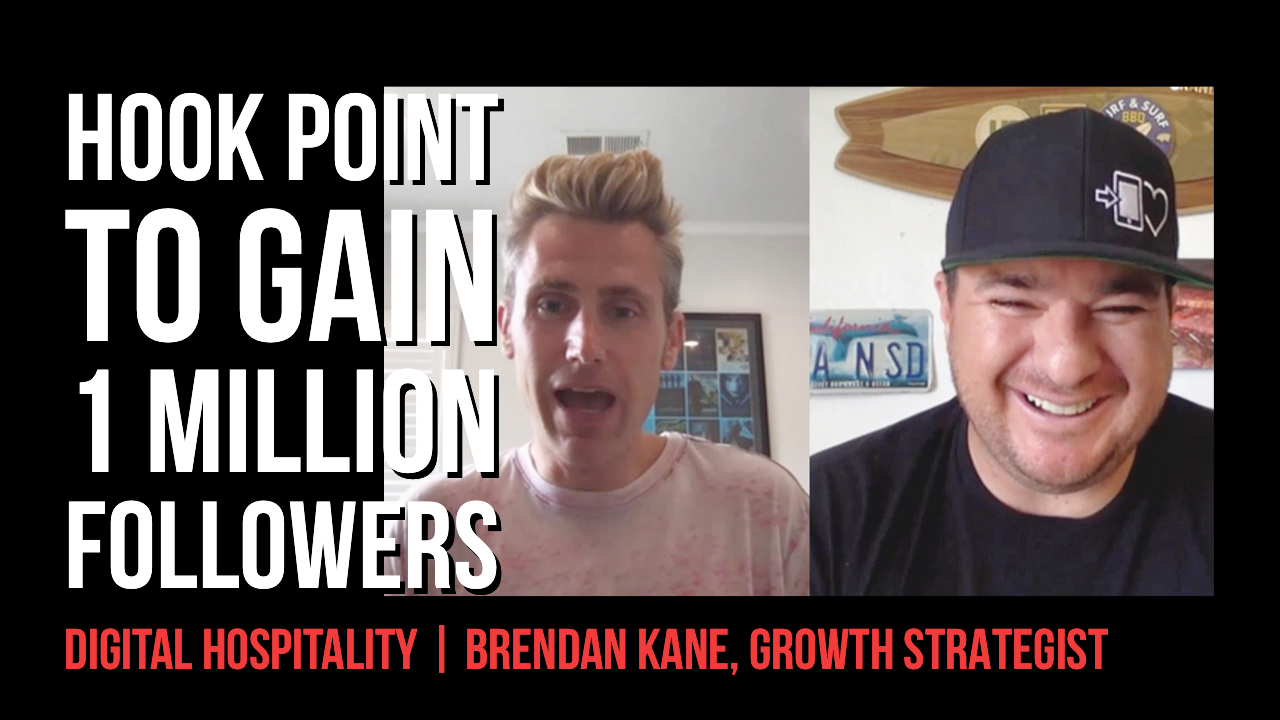 They’re also questions you should ask yourself — How do you use social media and digital content for marketing and why? 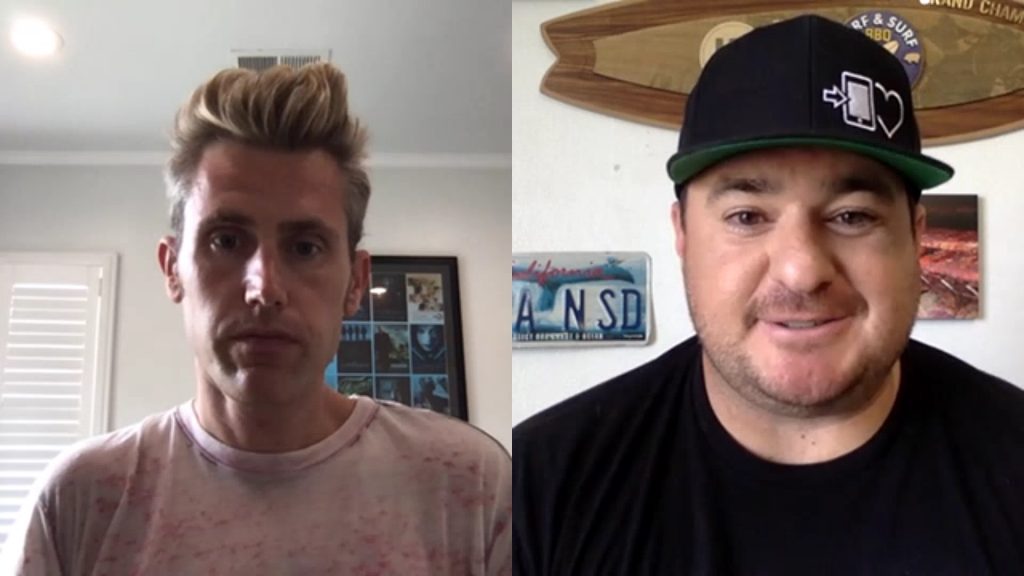 Brendan Kane is a guest on Digital Hospitality, where he and podcast host Shawn Walchef dug in-depth into important business and marketing topics for anyone who is looking to build a following — online and offline.

As the author of One Million Followers: How I Built a Massive Social Following in 30 Days and Hook Point: How to Stand Out in a 3-Second World (released August 2020) Brendan Kane has amassed an A-list clientele and also his fair share of doubters. 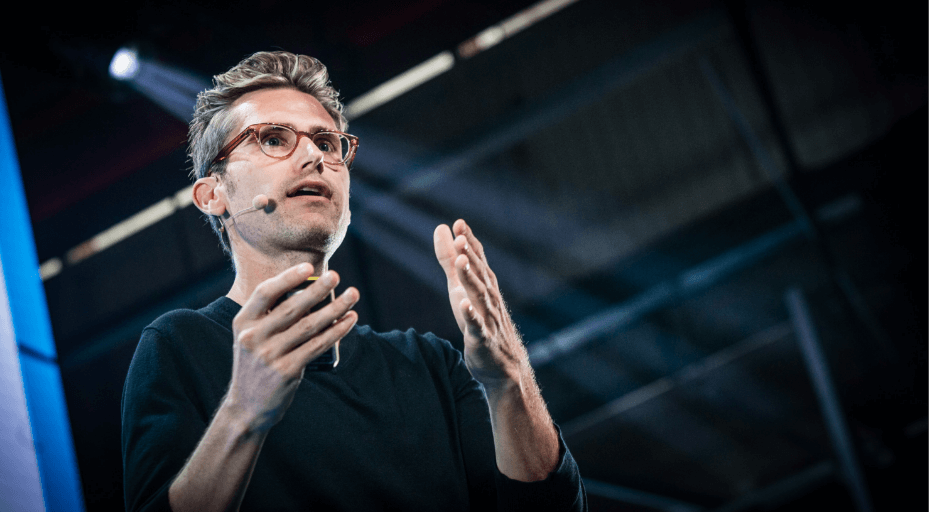 “You may or may not be shocked at some of the comments that we get from people,” Brendan Kane told Shawn Walchef on the Digital Hospitality podcast in July 2020. “Claiming that I’m a scammer and I’m trying to scam people.”

One Million Followers in 30 Days:

Commenters, trolls and those that truly judge a book by its cover may make up Brendan Kane’s list of doubters.

However, that list of doubters does not include Brendan himself.

“There’s always an element of fear, of self-doubt,” Brendan Kane acknowledges on the Digital Hospitality podcast. “I mean, that’s just ingrained into me since childhood. But the way that my mind works is when I’m in the build mode, I don’t even think about that stuff — I just do it first.

“When I generated a million followers in 30 days, it was a matter of why I should do it, and could I get it. There was never any doubt whether I could do it.” 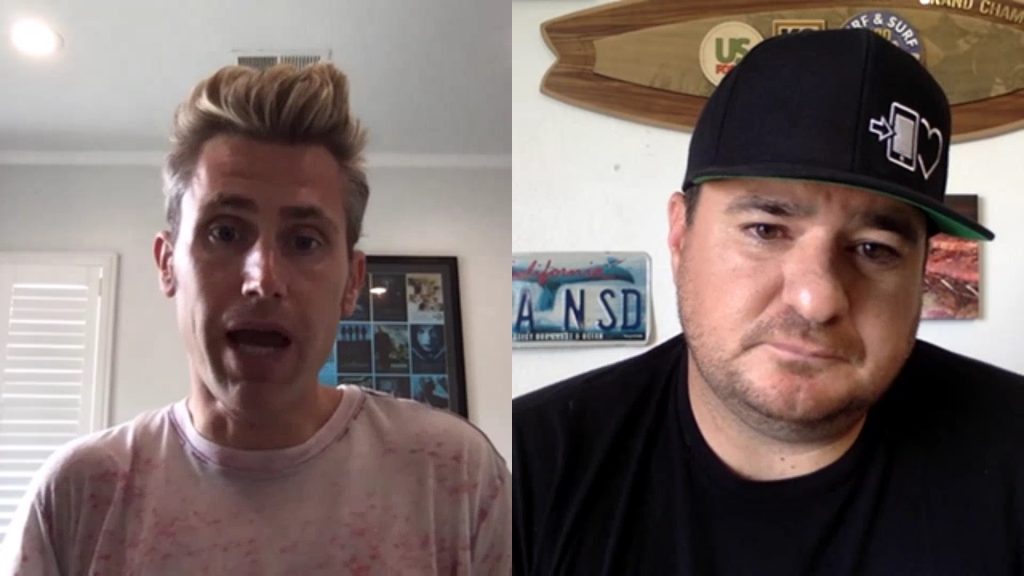 And do it he did. Brendan didn’t just write the book on how to gain 1 million followers in 30 days, he lived it.

However, when it comes to Brendan’s best-selling strategy on social, the proof is in the pudding, but the wins are in refining the recipe.

“I had no clue how I was gonna do it,” Brendan Kane admits on gaining 1 million Instagram followers in 30 days. “But I figured out a way to do it.”

As far as Brendan is concerned, it all comes back to the scientific method.

“For me, it’s just a very simple three step process,” Brendan shares. “Hypothesis, test, pivot. The biggest thing with social media in any aspect of business is you actually have to learn. People will just keep doing the same thing over and over again and just expect something to go viral.”

Brendan knows that strategy doesn’t work. Thanks to plenty of experimenting, he knows many methods that do work.

To refine his strategy, achieve his social growth and complete his book, Brendan reached out to those he respected most to understand every perspective on social growth.

“I went off and interviewed my top friends and partners,” Brendan Kane told Shawn Walchef on the Digital Hospitality podcast. “Some of them contradict each other in terms of their approach in the book, but I wanted to do that to provide a well-rounded strategy and landscape of what people are doing to be successful.” 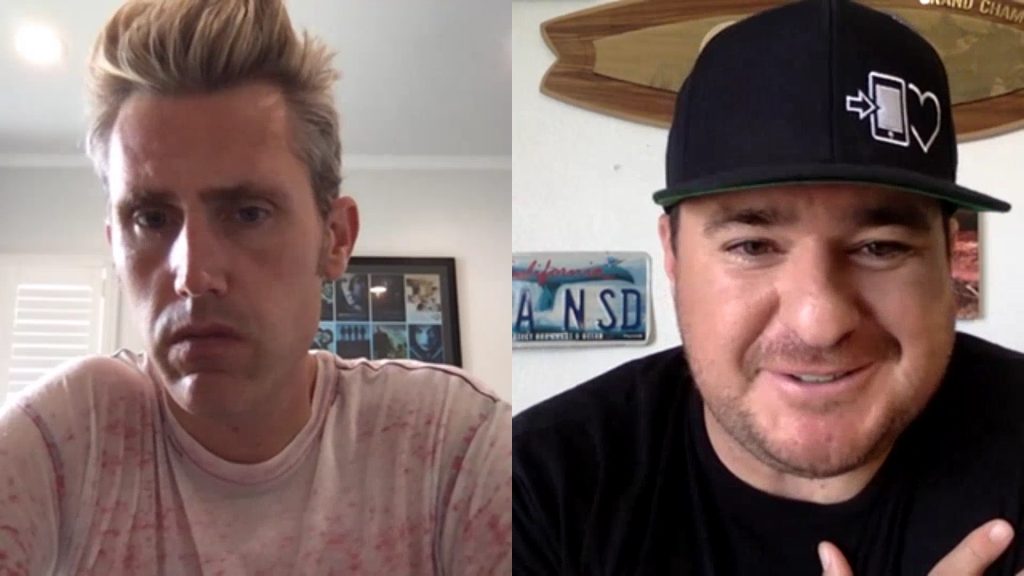 After finishing Brendan’s book, the reader is provided with a plethora of proven strategies to test and choose from themselves.

“Then you determine what is the right fit for you,” Brendan says. “I’m a firm believer there’s not one way of doing things.”

Brendan Kane’s open-mindedness to social strategy is not only humble, it’s proven. In fact, when winning in business and social, Brendan thinks mindset is the origin of success.

“I think that it’s critically important from a mindset perspective to set your yourself up for long term success,” says Brendan. “I’m rewriting the book right now, a second edition of it, where I start with the mindset part of it, because the mindset is the most important thing.”

So, what exactly is the mindset Brendan both practices and champions?

“You have to be a student,” Brendan states.

Continuing to learn and apply the scientific method, Brendan Kane has been experimenting and asking questions from the start and he’s not stopping anytime soon.

“We’ve been in the digital space for 15 years,” Brendan said, “and we’re wrong more times than we’re right. But we know that we’re learning from what’s not working and we keep pushing forward.” 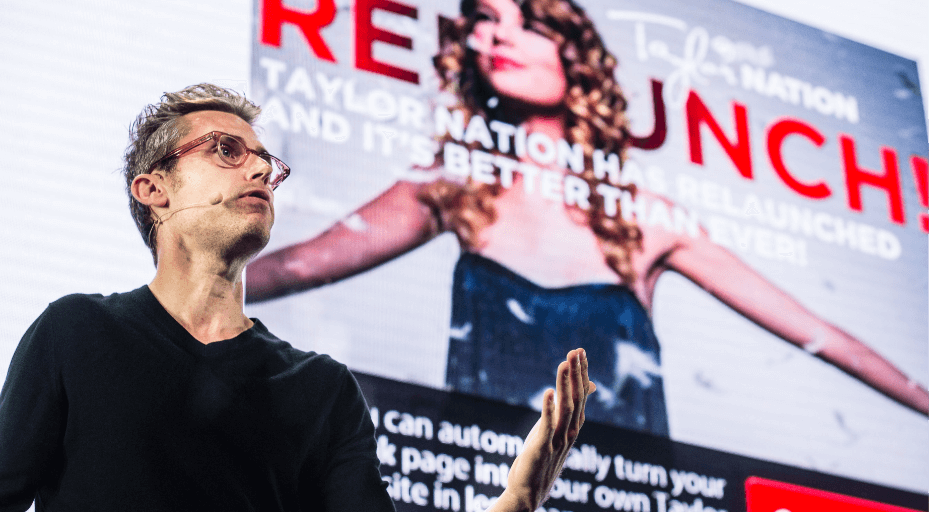 Brendan’s scientific method mindset may be a constant, but it’s the algorithms that control social media’s most powerful apps that are always changing. Thankfully, there’s another constant to offset that.

“No matter how much the algorithms shift, if you are producing quality content, the algorithms will favor it,” Brendan Kane said. “It’s the one and only thing that keeps peoples on the platform longer. If you’re producing content that people are engaging with and keeping them on the platform longer, they’re going to push it to as many people as possible because that’s playing towards their goals.”

“The algorithms are searching to prioritize the best content,” Brendan states.

Sounds easy, right? Well, the field of play for creating the best content is pretty thick.

“You’re no longer competing against your direct competition,” Brendan explains it. “You’re competing against LeBron James, Kim Kardashian, The Rock, CNN, ESPN, all these things for space and those feeds for that attention.”

Such a phenomenon provides the subject matter for Brendan’s next book. 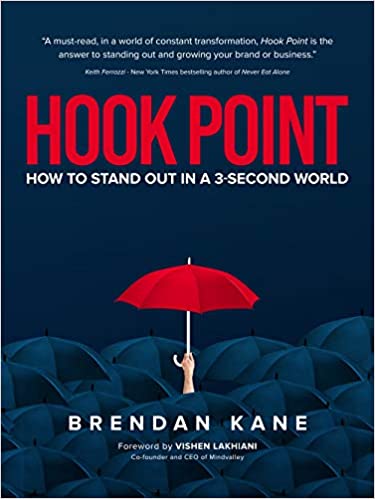 “That book’s called Hook Point: How to Stand Out in a Three Second World,” shares Brendan. “I don’t care if I’m dealing with someone who just graduated from college or somebody that’s a billionaire, people are really struggling with the fact that we live in this micro-attention world and finding ways to stand out and differentiate yourself above the noise.”

Hook Points for a Micro-attention World:

These days, Brendan Kane is not only writing about this three-second attention span world, he’s living in it.

With a client list ranging from Taylor Swift to Rihanna, it’s Brendan Kane’s work with a broadcast media veteran that has him walking his talk in regard to experimenting to craft the best content.

That client? The legend Katie Couric.

“When I first started working with her,” Brendan Kane begins, “I said the process that we’re developing is we’re never going to fall in love with a single interview and we’re not going to force a single interview to work. If it doesn’t work, it’s fine and a part of the process. We’ll learn from it and use those learnings for the next interview.”

In working with Katie Couric, Brendan was able to reverse engineer her interviews into focusing on shareable talking points that spoke to different audiences. Being keenly aware of the audiences that would be most interested in Couric’s conversation partner, Brendan was able to repackage clips and quotes for increased shareability, wide reach and better business for all involved.

“Shareability is really at the crux of what the potential of social and digital platforms are,” says Brendan. “Because if you if you take a step back and look at 20 years ago, how did you share information?” 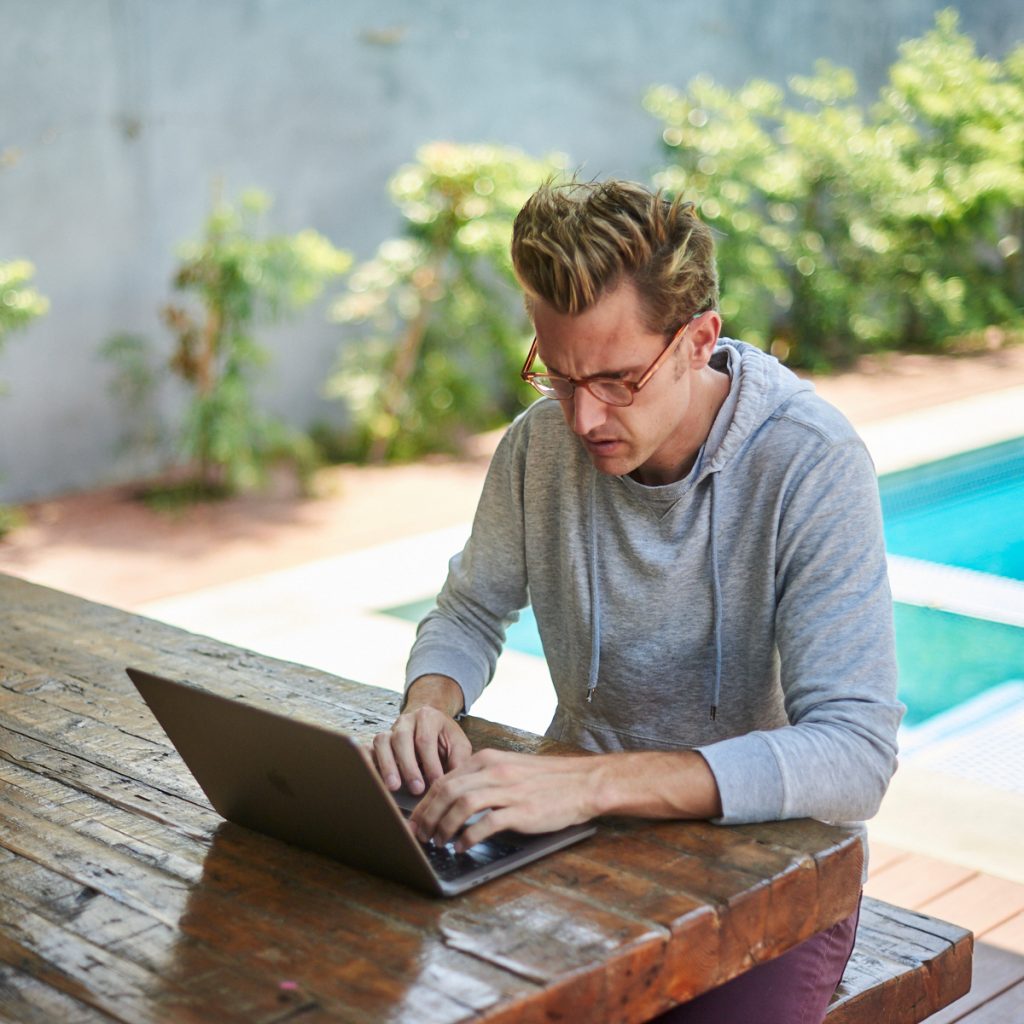 While the way people share things have changed over the last 20 years, the reasons have more or less remained the same.

“There are certain reasons that people share content,” begins Brendan. “It moves them emotionally. You know, it makes them angry, it makes them sad, it makes them excited, it makes them happy… It moves them at an emotional level. I saw this all the time with Katie Couric, especially when we were doing the 2016 election. Politics will move people to share stuff like no tomorrow both because of a positive and a negative reaction.”

How You Can Learn from Brendan Kane’s Teachings:

Looking to grow your business or brand on social? Brendan Kane is here to help.

While the guru’s famous book title may suggest that it’s all about followers, there’s much more to success on social than that.

“People automatically assume the more followers you get, the more engagement you’re going to get,” Brendan Kane notes. “And that’s just not the case.”

To gain engagement with your following, you have to speak directly to your audience and spark feeling.

“Whether it’s a video, an image, a book, a podcast, if you connect with somebody and they feel like you’re communicating directly to them, that will spark the shareability around your brand and your content,” Brendan shares.

If you’re looking to build your business or brand online and not sure which app to start with, the answer is easy. It’s the one you’re already on.

“First start with the platform that you use the most on a daily basis,” explains Brendan. “Because there’s so much of a learning experience that you have to go through. And if you don’t use the platform yourself, how the hell are you going to design content for it?”

As a business, the ability to post anything and everything can be tempting.

“If you’re an online business and in you’re looking to generate more customers, I always recommend starting with paid advertising,” Brendan Kane says. “It’s quick to get up, you can generate learnings quickly and you’ll get to a place where you bring in revenue in the door. Once you have revenue at the door, then you can look at and look at that longer-term play.”

Why is paid advertising so valuable to a business getting into the social game?

Once you have some findings to go off based on your paid posts, you’ll be able to better curate your feed content. With that said, post wisely to best build your brand.

So then, to answer Brendan’s first questions why should you put out a piece of content?

“Put out a piece of content because you believe in it,” Brendan emphasizes. “Or because you are going to learn something from it.”

(From https://brendanjkane.com) — Growth strategist Brendan Kane has the answer and will show you how—in 30 days or less. A wizard of the social media sphere, Kane has built online platforms for A-listers including Taylor Swift and Rihanna.

Brendan Kane has advised brands such as MTV, Skechers, Vice and IKEA on how to establish and grow their digital audience and engagement. He has spent his career discovering the best tools to turn any no-name into a top influencer simply by speaking into a camera or publishing a popular blog—and now he’ll share his secrets with you.

In “One Million Followers” Brendan Kane gives readers a gimmick-free step-by-step checklist that will teach you how to:

Featuring in-depth interviews with celebrities, influencers, and marketing experts, One Million Followers is the ultimate guide to building your worldwide brand and unlocking all the benefits social media has to offer. It’s time to stop being a follower and start being a leader. 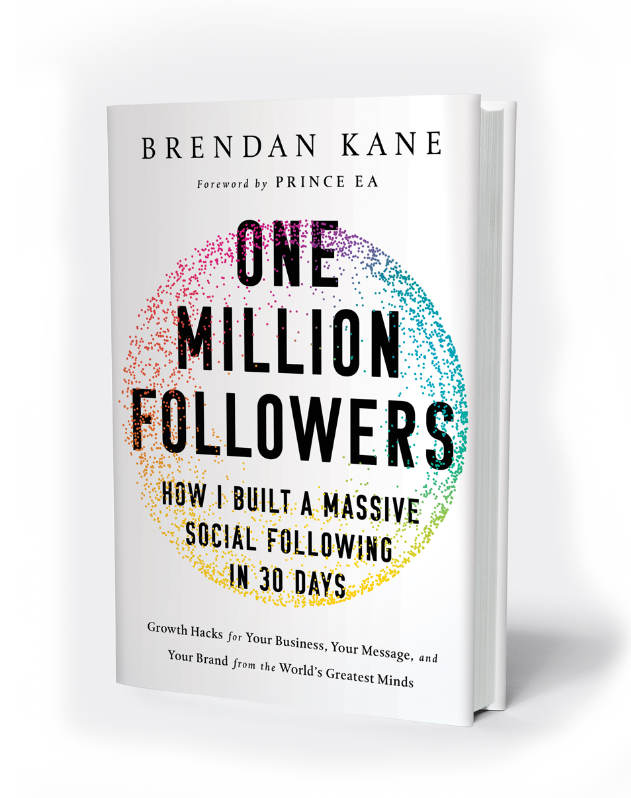 Buy One Million Followers: How I Built a Massive Social Following in 30 Days — https://www.amazon.com/One-Million-Followers-Massive-Following/dp/1946885371

Email podcast@calibbq.media and visit https://www.calibbq.media to get in touch with the Digital Hospitality team.