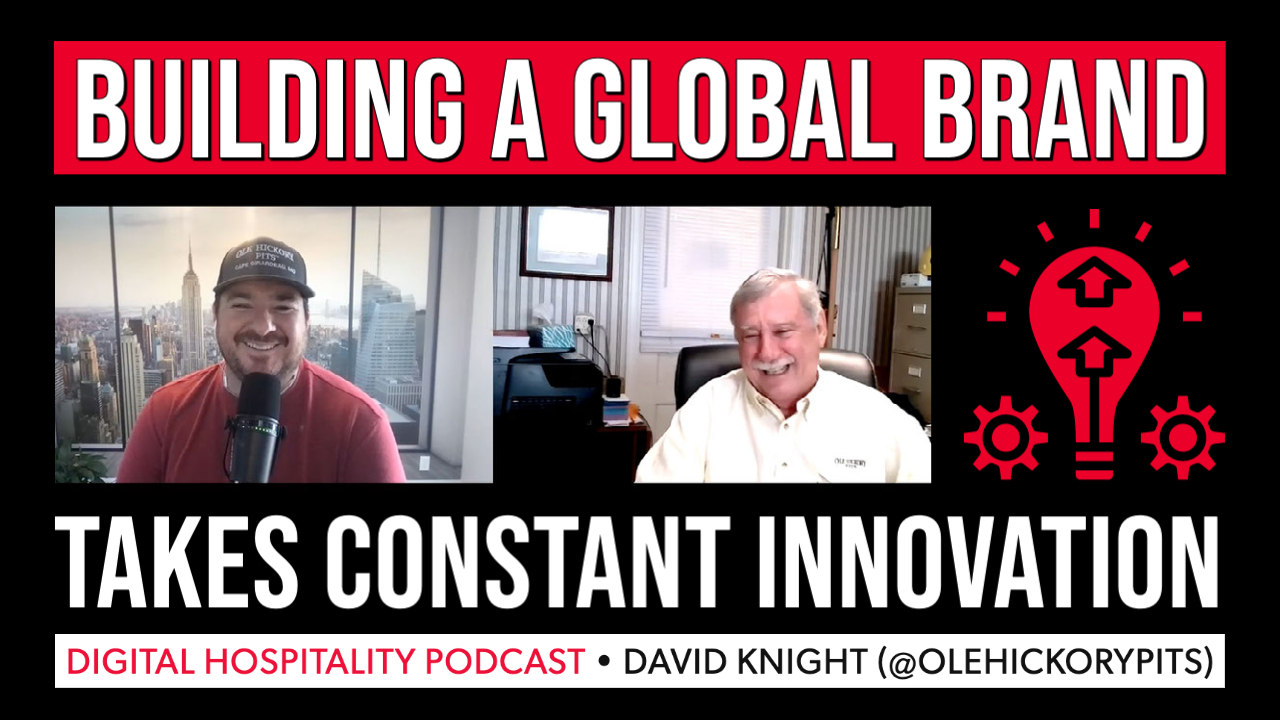 Ole Hickory Pits is a legendary worldwide brand built by a legend in the industry.

David B. Knight is our guest on this episode of the Digital Hospitality podcast where he tells his story of founding Ole Hickory Pits and helping it grow into a massive worldwide company that continually innovates to this day.

When it comes to BBQ, few souls know the people or the business quite like David B. Knight. With almost a half century in the industry, David is the founder of Ole Hickory Pits and an elected member of the Barbecue Hall of Fame.

After opening up his own barbecue restaurant nearly 50 years ago to eventually pivot to manufacturing and selling his own pits, David Knight has put plenty of souls who live for the smoke in business.

Our San Diego area restaurant Cali BBQ is built off Ole Hickory Pits. While the Spring Valley location has long fed families from the pits made and manufactured by David and his homegrown business, the new master smokehouse which is currently under construction will provide food, employment and education through the same pits.

“We’ve had two old hickory pits for 13 years that have built our brand,” Shawn Walchef noted on Digital Hospitality. “They built our business. We’ve done over $30 million in sales just using those two pits and now we’ve added three more pits in the pandemic and are building a master smokehouse.”

While the San Diego multi-hyphenate is thankful for the pits and hopeful for the future, the BBQ Hall of Famer couldn’t be happier. 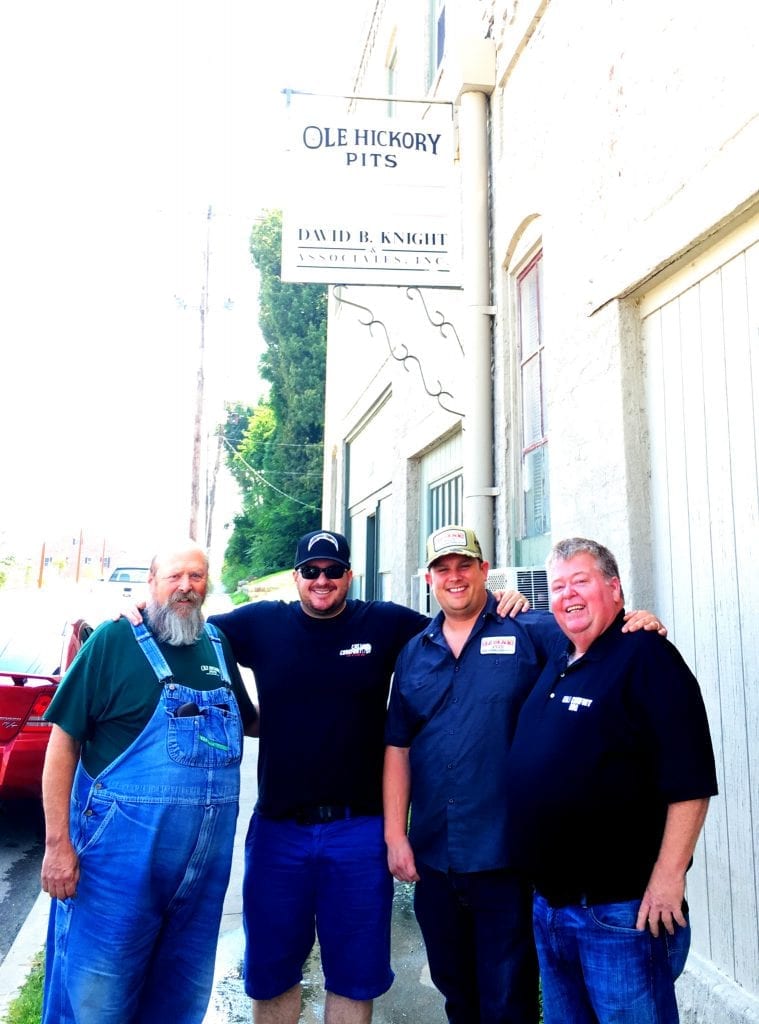 “Our favorite thing is to shine in reflected glory of the success of our customers,” admits David.

After years of going door to door selling his pits, David has become not just a community builder with his pits but an entrepreneur in the food and entertainment industry.

Becoming friends with the likes of Guy Fieri and helping all kindred souls with a love of the smoke who come his way, David has grown Ole Hickory Pits by keeping an open mind and extending a helping hand.

In fact, in the last ten years, David has fed over nine million people hot barbecue as part of relief efforts that have devastated various parts of the United States.

Even when times are tough, David Knight and Ole Hickory Pits are committed to working hard and empowering others.

“It’s personal and it’s really a fun sort of business,” reflects David on a life in barbecue. “Warren Buffett said that the happiest man in the world is the one that dances to work every morning. Well, you can see me skipping down the sidewalk, going to the office, because I still enjoy it.”

As expressed, the foundation of Ole Hickory Pits allows not just David to smile all the way to work, but plenty of other entrepreneurs the opportunity to possess the same spirit in the same space. This of course includes Shawn who is using Ole Hickory Pits to take Cali BBQ and Cali BBQ Media to the next level.

“We plan on having ten Ole Hickory Pits and building a media center around it,” begins Shawn, “So that we can teach other people around the world how they can build one location, a commissary kitchen, and then have these ghost kitchen micro-locations so that we can get more barbecue to more people. We can make a bigger impact on the world.” 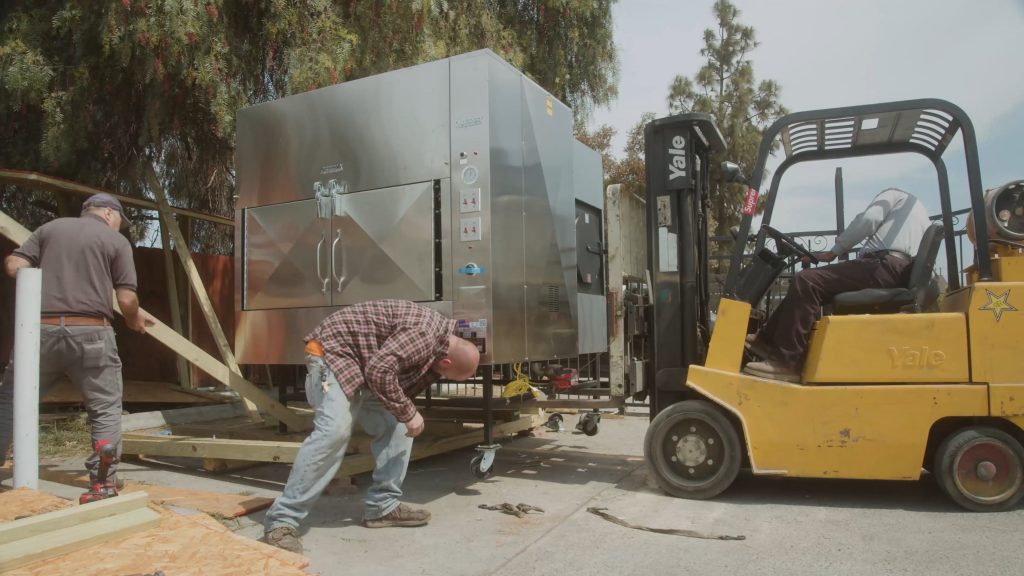 The ‘each one, teach one’ ethos are fully embedded in the barbecue community and definitely are shown by the examples of those who have learned from David.

Even after four decades of providing pits and smelling the smoke, David Knight’s passion for the age-old traditions of barbecue and storytelling only grew stronger as the world evolved.

“Being able to spread the word and talk to kindred spirits about barbecue and the heartwarming effect it has on human beings is amazing,” reflects David Knight. “It’s a great business and I’m so delighted to have Shawn as part of this community. You’ve got a beautiful future, because by using the Internet technology and using different media and so forth, the world is your oyster.”

Thank you, David, and thank you Ole Hickory Pits.

➤ What is Digital Hospitality?: https://youtu.be/p7BC2uX6jOQ