From Film to Food: Making it From Scratch | Chef Joe Gatto (@chefjoegatto) | DH130 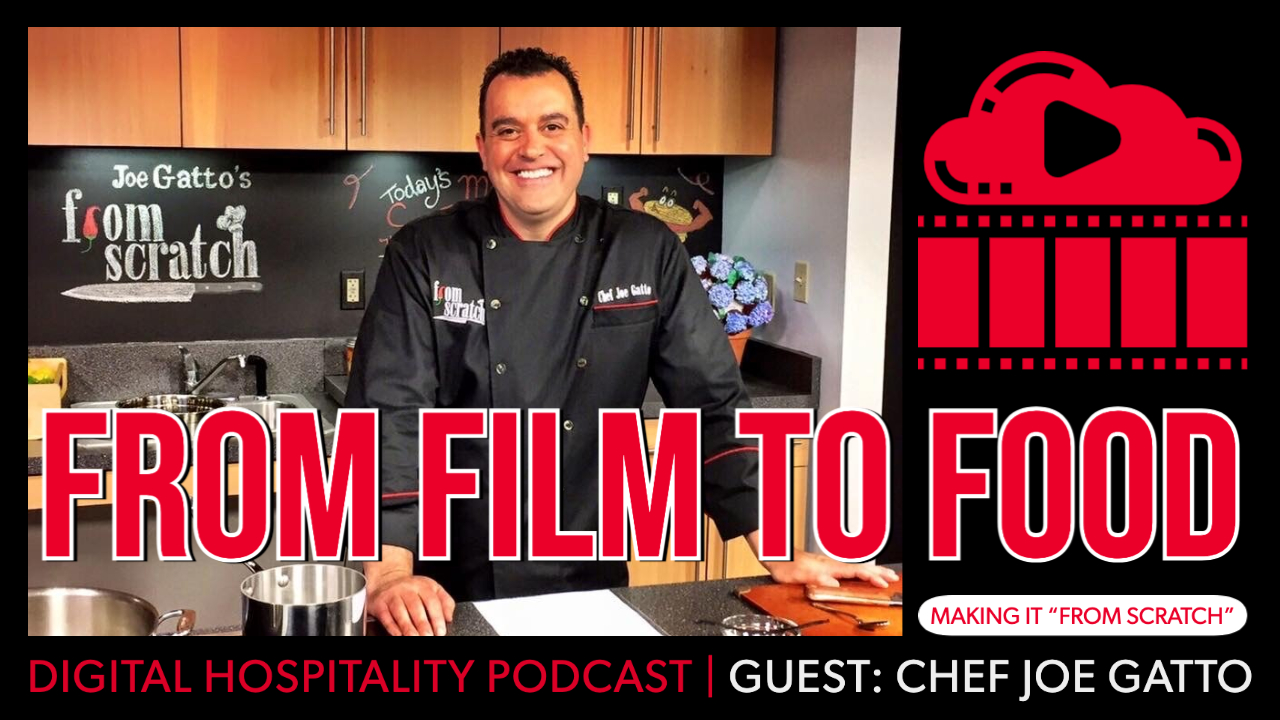 What does “From Scratch” mean to Chef Joe Gatto? When he does something — whether it’s hosting a food show on TV or cooking a meal — he goes all the way.

Chef Joe Gatto (@chefjoegatto) was a guest on the Digital Hospitality podcast, where the “From Scratch” host talked about making a streaming series, moving from film to food, and his process of digital media content creation. Thanks to friend and supporter Jason Jepson (@talkingduringmovies) for introducing us to Joe. 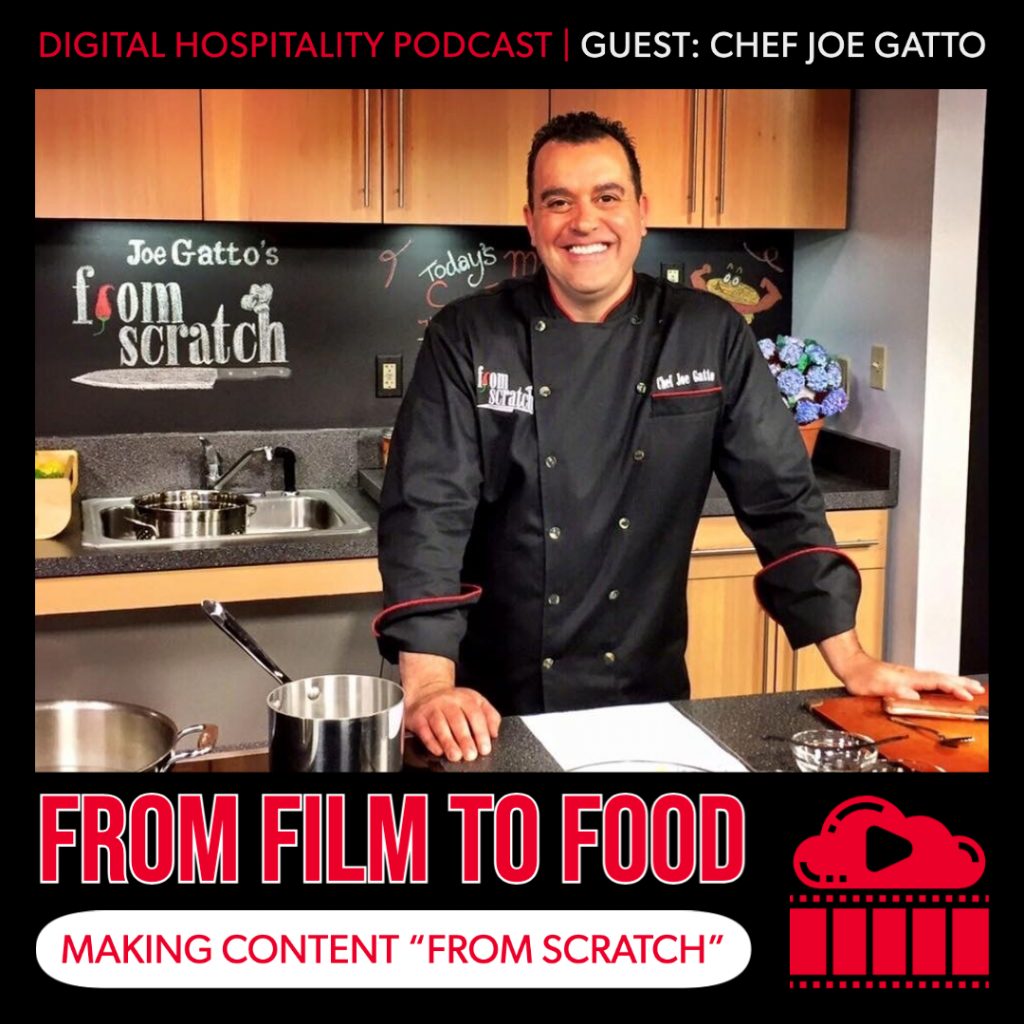 1. Be a Problem Solver

Whether its big feature films or micro-budget shoots, Chef Joe Gatto learned the most important part of producing content isn’t just about putting out quality content, it’s about putting out metaphorical fire after fire until you have something to publish.

If you’re on the production side of content creation, that means you have to constantly think on your feet and solve whatever problem is put in front of you.

“So for me, from doing it since when I was like, 18. It just kind of taught me … you never stop. You’re always improvising; always have to be malleable. That a problem is just an opportunity for a solution.” -Joe Gatto

2. Pay Attention to the Journey

Joe Gatto makes sure to slow down every day to take in the important parts of life. Everyone has important goals they want to accomplish, but if you don’t also learn to enjoy the magical moments around you, then you’re missing out on a part of life.

Learning and sharing knowledge is valuable and only comes from paying attention to others on your journey.

“Passing that baton on and watching my kids comfortable in the kitchen and like making things together and sharing that time… I do take a breath and take it in. I do. Because I’m a big believer in that you have to pay attention to the journey.” -Joe Gatto

A rising tide lifts all ships. Chef Joe believes in abundance, that there’s enough space for all of us to thrive. That’s why he gravitated to the hospitality industry — he found lots of sharing and caring, rather than the hyper-competitive nature of his prior career in the movie industry.

“I always think there’s space. I’d rather help someone come up and prop them up and do things together. I love that. That gives me a buzz.” -Joe Gatto

Joe Gatto from Hollywood to Hospitality —

When Chef Joe Gatto moved from Hollywood to Hospitality, he knew he had found his calling.

When Joe was younger he was a filmmaker. He worked for Sony Pictures, made music videos, created a feature film, and lots more production work on tv and movies.

When Joe and his wife Carey became parents they decided raising kids in LA wasn’t for them. He also realized he wanted a career change from film to food. The shifts let him realize a dream come true and find an industry that was a much better fit for him.

“The food space, all I found, from like Andy (Husbands) and everybody, everyone wants to help you. They want to share with you. Food, time, recipes, love. The heart of the house, that attracted me so much,” Joe shared on the podcast.

When he began to look away from Hollywood and his early career path, Joe realized he had acquired lots of valuable skills he could take into the “Wild West” of modern content creation.

“I can take the food part, the from scratch part, the filming part. The love being in front of an audience part. And I’ll have my own little niche,” Chef Joe Gatto said on Digital Hospitality about finding his aptitude for creating fun food content. Making “From Scratch” from scratch —

Joe Gatto launched season 1 of From Scratch thanks to his knowledge of, and connections in, film production, cooking, and entertainment.

The series is a vehicle for Joe to share his love of food with the world. And the content he puts out online in other forms is a way to grow his brand while connecting with others. These days everyone is an influencer when they post content online.

Being himself and leaning into his skills are core components of why Joe Gatto is succeeding at growing an audience.

“It’s awesome… watching your audience just laugh and then watching Instagram and watching all these social platforms grow. Not by sharing a shtick, by sharing what I do.”

Boston-based chef Joe Gatto is a private chef, culinary instructor, author, and host of “From Scratch”. Bringing his passion for scratch cooking, big personality and knowledge of film, he has helped create one of the most unique cooking shows out there. From making his own charcoal, hand forging his own knife, to milking cows to make butter and cheese, Joe goes all out to make an engaging, informative and fun show. Joe also hosts major food events in and around Boston including Boston Magazine’s The Cue. His cookbook Seriously From Scratch is available nationwide. He also works with the Boys and Girls club, the YMCA and many other charities donating his time and skills to help people learn to cook from scratch.
• Connect on LinkedIn: https://www.linkedin.com/in/chef-joe-gatto-840a7a56/

In the From Scratch food/travel series, Host Chef Joe Gatto teams up with farmers and artisans of all kinds to create the real star of the show, the food. Getting out of the kitchen and into the field has never been so fun, from lobstering on the open ocean to milling his own flour, even milking a cow to make cheese. From Scratch offers up the history, science, and fun of all your favorite dishes. Nothing brings people together more than food and Chef Joe Gatto proves this time after time at the end of each episode. Watch From Scratch and you’ll never look at food the same way again.
• Learn more: https://www.joegattosfromscratch.com/ 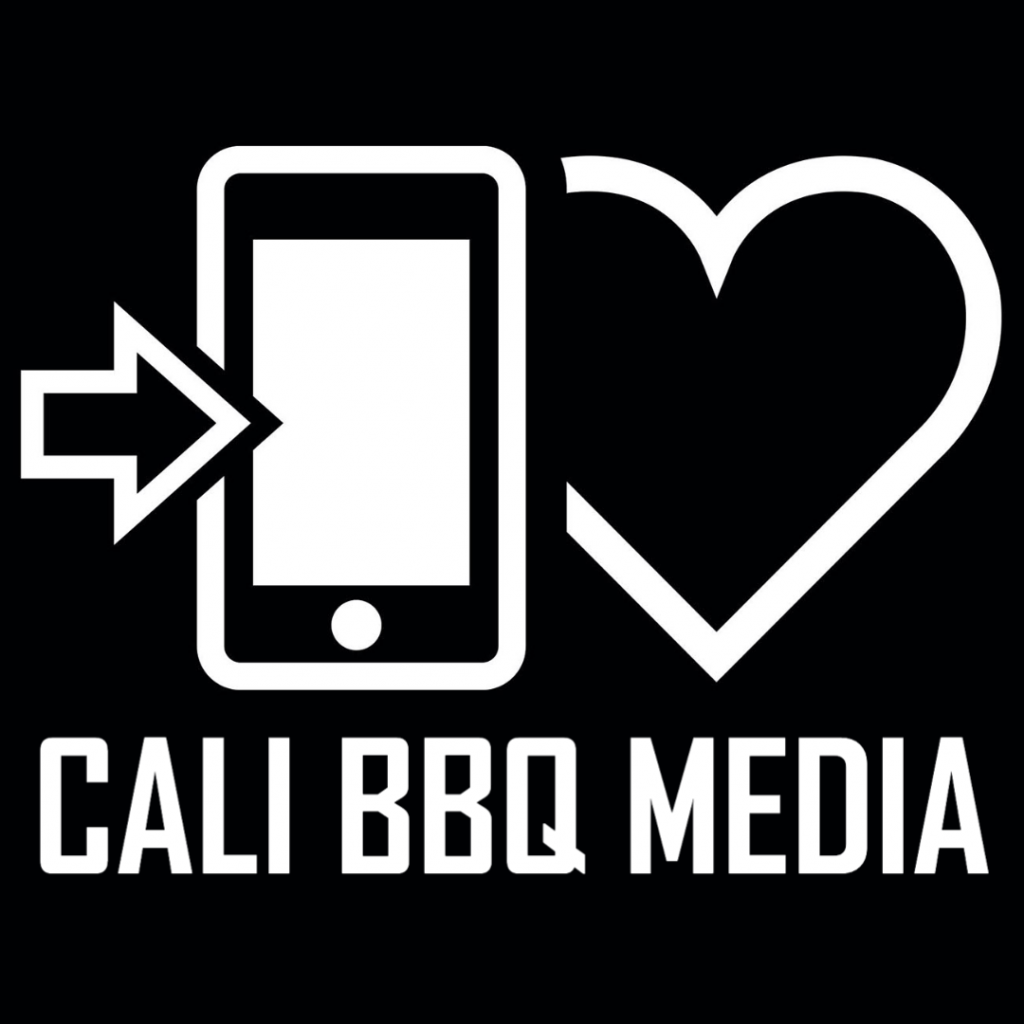